The 9 Best Pasta Places in Utah! 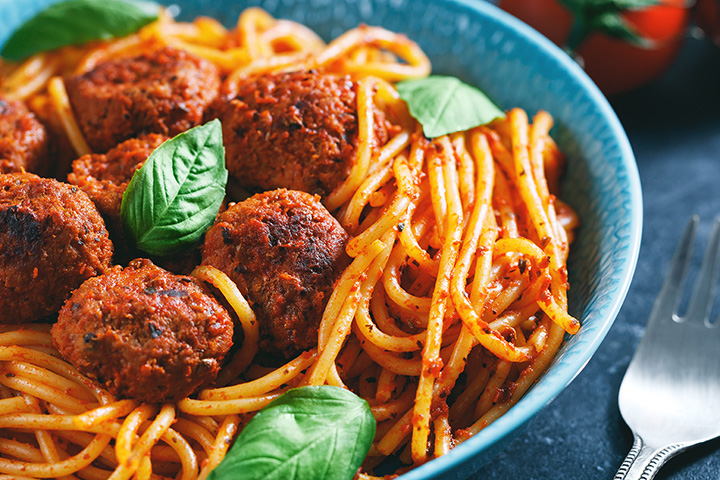 Pasta purists might say that you can’t find delicious pasta outside of Italy or New York City. But that is simply not the case when it comes to Utah. From Salt Lake City to Orem, you’ll find authentic Italian eateries serving up all of your favorite varieties of pasta. Here are the 9 best!

Valter’s Osteria has a reputation for amazing service and amazing food, which includes the various pasta options on its illustrious menu. Serving dishes derived from Valter’s family’s traditional Italian recipes, the restaurant manages to strike an enticing balance between classy and rustic. Many even say that Valter’s Osteria serves up better pasta—and better Italian food in general—than most restaurants in Italy.

If Valter’s Osteria in Salt Lake City has some competition, it likely comes from Cucina Toscana, which is also a very popular Italian restaurant in the state’s capital. You’ll find most every popular, traditional Italian dish here, including delicious spaghetti carbonara and seafood linguini, in addition to various ravioli and gnocchi dishes.

La Dolce Vita has been around for as long as most long-term Provo habitants can remember, which is a testament not only to the restaurant’s persisting popularity, but to its historic reputation. Most everyone in the city has at least heard of La Dolce Vita, and if they haven’t been there, it is only better for the restaurant’s loyal customer base, who like keeping the place a secret.

There is hardly a time when Brick Oven’s original (and newly remodeled) location in Provo is not crowded. From its homemade root beer served in frosted mugs to its unlimited pasta bar and well-seasoned, American pizzas, this place has something going for it.

When you imagine yourself eating great pasta, you probably envision the canals of Venice, or the cobblestone streets of Florence. But what about eating pasta at a ski resort? Given Park City’s global reputation, perhaps it is unsurprising that the city has some of Utah’s best Italian food, or really, some of the state’s best food in general. The Chateaux Hotel at Deer Valley Resort is home to Cena Ristorante & Lounge, where you can enjoy a laid-back evening in the company of a delicious pasta dish. Crowd favorites include Italian sausage & rosemary linguine with charred peppers and parmesan cheese and pappardelle & trapanese with grilled artichokes and caper berries.

A post shared by Bill White Restaurant Group (@billwhiterestaurants) on Jun 15, 2018 at 7:53am PDT

Part of the same Park City restaurant group as Grappa, Ghidotti’s is slightly more traditional in its approach, and its menu features twice as many pasta options. At Ghidotti’s, you can enjoy summery pasta dishes like clams & linguine, ricotta stuffed shells, and grilled shrimp scampi on beautiful terrace adorned with string lights.

Le Nonne is a small Italian restaurant located in the university town of Logan, whose head chef was raised in the Tuscan region of Italy. Many claim Le Nonne is one of Logan’s best restaurants, but also one of its best kept secrets. Ranging from $10-$17, the restaurant’s pasta dishes are methodically prepared and probably equally delicious, though of course, you’d have to try all of them to know for certain.

Located smack-dab in the middle of downtown Salt Lake City, Caffé Molise is a well-hidden, Italian oasis of sorts that serves up some of the state’s best pasta for both lunch and dinner. Considering the quality of Caffé Molise’s food, all of the restaurant’s pasta dishes are well-priced and certainly within the affordable range. One of the best parts of Caffé Molise is its versatility—no one would be able to dispute the restaurant’s charm, and the restaurant suits a wide variety of moods and pasta cravings.