The 9 Best Lunch Spots in Utah! 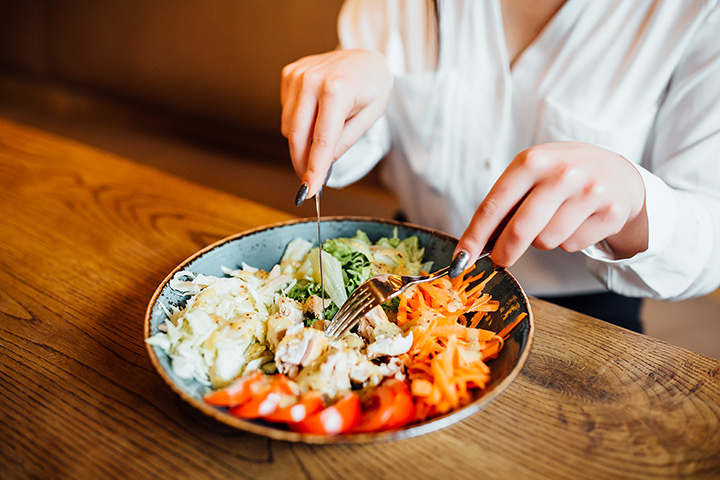 Whether we take the time to appreciate it like we should or not, lunch is an important meal that keeps us going on busy days. That said, when we eat the same peanut butter and jelly sandwich every day, we simply aren’t giving lunch the credit it deserves or our stomachs the diversity they crave! The following 9 lunch spots in Utah will have you second guessing packing your typical brown paper sack.

The most popular form of Vietnamese food in the United States is pho, which is essentially Vietnam’s form of ramen. And although Oh Mai sells pho, it’s the restaurant’s fresh, Vietnamese style sandwiches that will knock your socks off.

With locations in Highland, Sandy, Cottonwood Heights, Salt Lake City, Ogden, and Farmington, Blue Lemon has taken Utah by storm. And while the food is good, its popularity also stems from its large and dynamic menu that works well for a group of famished coworkers.

If you want fast food without actually having to eat fast food, Crown Burgers is king. Opened in 1978, the restaurant now has multiple locations in the Salt Lake Valley. Famous for its namesake “Crown Burger,” the joint also sells Greek-inspired options such as gyros and souvlaki.

Station 22 Café is—for lack of a better description—a hipster wonderland. Take a break from work and relax with artisanal sodas, filling burgers, and sage fried chicken with waffles. And yes, all beverages are served in large Mason jars.

“American” food is not limited to hot dogs and hamburgers, and the Dodo Restaurant in Salt Lake City aims to challenge this notion. With a wide lunch menu including items such as honey-baked salmon, grilled sirloin steak salad, and Cajun chicken alfredo, the restaurant adds an unexpected twist to classic home-cooked favorites.

Craving some Southern flair? Unfortunately, there aren’t many places for Southern fare in Utah, though the popularity of Pig and a Jelly Jar is proving that Utahans love their fried chicken, baked beans, pork rinds, and fried dill pickles. Eating at Pig and a Jelly Jar allows everyone to relax and relish the experience of eating incredibly tasty food as a work family.

Not only are tacos quick, but you are always able to order the perfect amount of tacos to fuel your work day or your family. 180 Tacos in Provo, however, isn’t so predictable. Selling traditional Mexican flavors, they also sell tacos that are inspired by a range of ethnic cuisines. Crowd favorites include the falafel taco and the Korean barbecue pork.

If you are unfamiliar with pupusas, prepare to be amazed. This inexpensive El Salvadorian mainstay is a favorite of Utah Mormon missionaries who return from two years of service in Central America. Thick corn tortillas stuffed with a variety of savory fillings, pupusas are cheap. At El Salvador Los Primos Restaurant in Logan, they are only one dollar on Tuesdays.

The afternoon isn’t always the best time for heavy food. That’s where Ginger’s Garden Café comes in. Located in the unassuming city of Springville, Utah, Ginger’s focuses on whole foods and has options for carnivores, vegans, vegetarians, and even those who are on a raw diet.