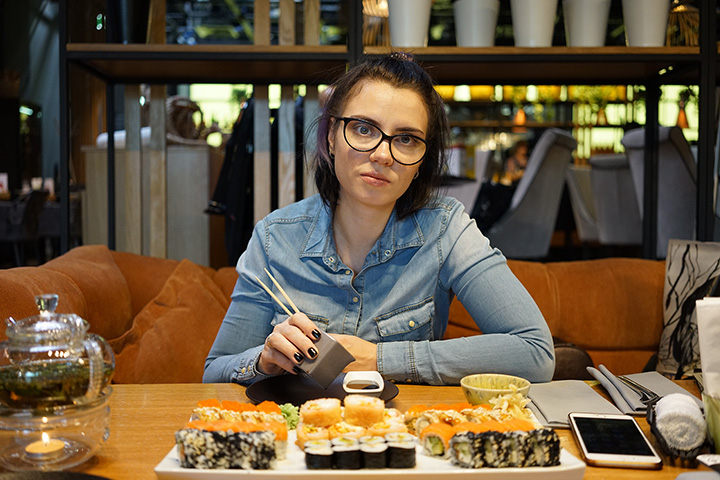 We’re all guilty of late night cravings, and although all of the fitness moguls tell us not to eat before bed, there aren’t many things more satisfying than some late night grub. And let’s face it: if you’re in college, your metabolism can probably take the hit. The following Salt Lake City restaurants are open past traditional eating hours, which means they are some of the most popular with University of Utah students.

Pizza past midnight is a college classic. Meet the Pie Hole: Salt Lake City’s quintessential pizza spot. With cheap slices, surprisingly awesome quality, and a different vegan option every day of the week, the Pie Hole feels ridiculously hip without even trying. Open on weekdays until 2 a.m. and on weekends until 3 a.m., the Pie Hole will always be a favorite for Salt Lake City college students.

She's thrilled to get the potato bacon she was denied months ago. @thecompletesavorist #pieholeutah #foodtravel

Technically a craft brewery and restaurant, Avenues Proper is located in downtown Salt Lake City and satisfies not just typical college student cravings, but also gourmet foodie cravings. Open until midnight on Friday and Saturday, the restaurant has plenty of options to fit the size of your late-night appetite, making it work just as well for light appetizers and socializing as for a full-on meal.

it looks like a pile of mush.. but it was a REALLY good pile of mush ðŸ˜ {mushroom scramble w/ garlic aioli & candied bacon} #charmedbyfood

Yes, the Lake Effect is a semi-upscale bar. That said, it is a great hang out spot for college students who want a classier late night environment. It is off limits for students who are younger than 21 (for obvious reasons). It is hard to beat its small plates and sleek ambience.

Part of the same restaurant family as Avenues Proper, Proper Burger Co. has made a name for itself as a restaurant with delicious food that is also open until the early hours of the morning. If you want a classic hamburger, something with an ethnic twist, or even a vegan burger, this is your place.

With multiple locations in the Salt Lake City area, Spitz is a go-to restaurant for University of Utah students. The Mediterranean-inspired food is tasty and filling, and with a complimentary deck of Cards Against Humanity at every table, you know you’re in for a good time.

Open until midnight on the weekends, Eva is less of a late-night grub destination than it is a great Salt Lake City restaurant that happens to be open late. Its menu is fresh, fun, and forgiving to all stomachs who don’t do well with late night eats.

Thought you couldn’t find New York style pizza in the Beehive State? Think again. Este Pizzeria wants you to enjoy the famous New York slice, albeit noticeably upgraded. Even if consumed after 10 p.m., it’s unlikely this pizza will make you feel gross the next day. And if you try one of their famous vegan specialty pizzas, bonus points!

The TERRA pizza from @estepizzasugarhouse. So much goodness I don't even know where to begin. Not gonna lie though, I think I like the kids cheese slice the best! Their ðŸ§€ is ðŸ‘ŒðŸ¼ Oh and the garlic knots ðŸ˜‹ #SLCgrubs #PizzaGrubs

Lucky 13 Bar and Grill claims to have the world’s best burger. From the looks of the restaurant’s popularity, it seems this far-fetched claim is true! After all, everything does seem to taste better after midnight.