The Perfect Fourth of July in Utah 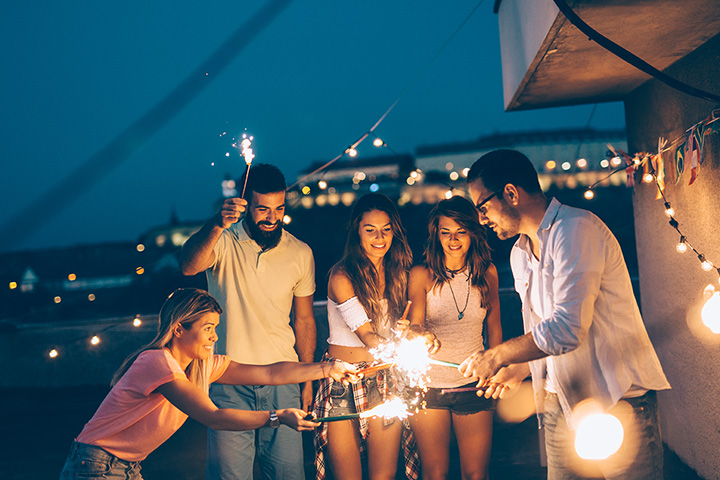 When it comes to celebrating the independence of our great nation, Utah does things right. You’ll be partying well before the holiday as balloon festivals and marathons fill the days leading up to the big event. Whatever way you decide to celebrate, these events will help you have the perfect Fourth of July in 2019!

Part of Provo’s famous annual Freedom Festival, the Balloon Fest was started 34 years ago and typically spans the few days leading up to the Fourth of July. Featuring 25 different hot air balloons, the event takes place in the early morning and allows children and their parents to see the balloons up close, as well as watch them inflate and float into the sky.

If you know you’re going to be eating your fair share at the annual Fourth of July family barbeque, you may want to consider exercising that morning. Luckily, Provo’s Freedom Festival makes that easy. One of Utah Valley’s most popular Fourth of July events, the Freedom Run consists of a 10K, a 5K, and the mayor’s one mile fun run. This year, there will be an estimated 5,500 runners, many of whom will wear patriotic costumes.

Attracting audiences from across the Western United States, the Stadium of Fire is an evening of entertainment, music, and spectacular fireworks. Located in Brigham Young University’s LaVell Edwards Stadium, the event is near a number of popular food destinations such as The Penguin Brothers, Costa Vida, and Nicolitalia Pizza in case you want to avoid high concessions prices. Keith Urban will perform this year making this the ultimate show to be a part of! If you can’t make it to the show, you can still catch the fireworks at multiple points in Provo.

Utah’s largest Fourth of July parade, Provo’s Freedom Festival Grand Parade attracts at least 300,000 spectators every year. With towering, professionally crafted floats, renowned performers, and a whole lot of display, the parade is a beloved tradition for Utahans across the state. If you want to ensure a good time at the parade, try to reserve seats in advance. And if you aren’t able to, there are plenty of other attractions near the parade route, including Rockwell’s Old-Fashioned Ice Cream and Unhinged, a popular place for vintage shopping.

Thanksgiving Point is a popular destination for families that want large-scale fireworks without all the crowds. This year’s fireworks will be no different at Electric Park. With concessions, vendors, games, prizes, and space to sprawl on a cozy blanket, Thanksgiving Point’s Independence Day celebrations are understated, safe, and exciting. There are also plenty of nearby restaurant options, including Cubby’s and Café Zupa’s.

6. Liberty Days at This is the Place Heritage Park, Salt Lake City, UT

Salt Lake City’s famous re-enactment of a pioneer town, This is the Place Heritage Park is especially geared toward families on the Fourth of July. Touting old-fashioned fun and acres upon acres of activity, the park is a lovely place to celebrate the birth of our nation. And if the afternoon heat gets to you, head down to Ugurt, Salt Lake City’s best frozen yogurt shop.

A post shared by #ThisIsThePlaceHeritagePark (@thisistheplaceheritagepark) on May 4, 2018 at 8:30am PDT

Full of old-fashioned charm, Park City’s 4th of July Parade is everything you dream of for festive summer’s day. With the parade route on Park City’s Historic Main Street, there isn’t a more picturesque parade in Utah. Even better? Park City’s clean mountain air will keep you feeling fresh, even on a hot summer’s day.

Located in the beautiful Heber Valley, Midway is known for its Swiss heritage and the nearby Dairy Keen in Heber, where you can buy yummy burgers and shakes. This exciting Small Town Fourth has a lot of art-driven events happening, as it correlates with the Wasatch Plein Air Paradise. Midway Boosters presents the fireworks over Memorial Hill this year, you won’t want to miss it!

Near Zion National Park, St. George is Southern Utah’s largest city. That said, it isn’t very big, but it is definitely historic. People flock to Nielsen’s Frozen Custard and a variety of world-class golf courses. People also flock to the city’s Fourth of July celebrations which start at 6:30 a.m. and go all the way until 11 p.m. This huge attraction includes the Uncle Sam 4K race, a parade, a sizable carnival, games, contests, a good old fashioned talent show, and so much more. Make sure to bring sunscreen, and gear up for good food and a refreshing slip-n-slide.

View more Utah July 4th Fireworks and Celebrations.
Select a Utah town to find
the Best Things-To-Do and Places To Go around you