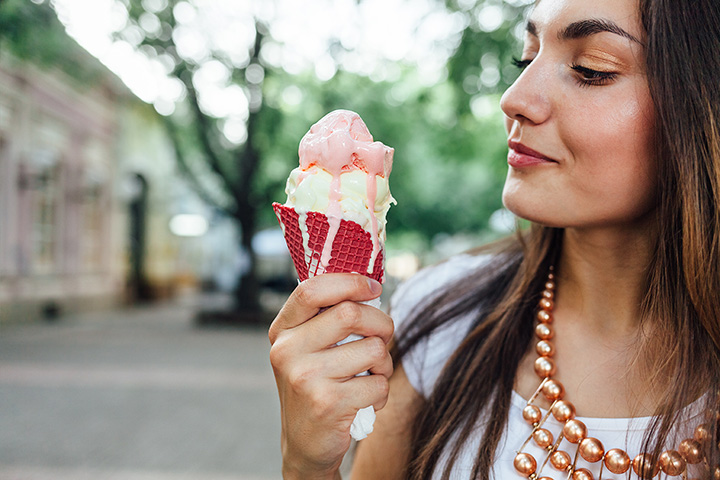 Ice cream is one of life’s greatest pleasures. With summer fast approaching, ice cream cravings can strike at any given time on any given day. Make sure you’re prepared with an arsenal of options. After all, ice cream is more than a need, it’s an experience. For fun with family and friends, try one of these best ice cream parlors in Utah.

One of the newest ice cream parlors in Utah County, Rockwell Ice Cream Company has already managed to build quite the clientele. While the flavors aren’t too outlandish (think strawberry, white chocolate raspberry, and honeycomb), the intensity and creaminess of Rockwell ice cream sets it apart from the crowd.

Rowley’s Red Barn (with two locations) is a fully operating and family-owned fruit farm. People come from all over Southern Utah for their ice cream which, somewhat literally, induces cravings from miles away. Flavors include “Butter Brickle” and “Brownies on the Moon.”

You don’t typically expect your ice cream to come to life right in front of you, but that’s exactly what happens at Sub Zero Ice Cream. With its first location in Orem, the company has since seen immense growth. Your appetite will also grow when you pick your own cream, flavors, and mix-ins, only to watch liquid nitrogen do all the work.

When you walk into Eli’s Old Fashioned Ice Cream and Soda Shop, you’ll truly feel you’ve taken a step back to simpler times. The interior of the ice cream parlor is so aesthetically pleasing that all of your nostalgic tendencies will be touched in the most pertinent way. At Eli’s, you have to stop yourself not only from eating too much ice cream, but from staying too long in the building. In all seriousness, it really is that homey.

Meet a Utahan and chances are, they’ll start raving about Nielsen’s Frozen Custard at any given moment. In order to understand, you have to try it for yourself. Before taking a bite, make sure you turn the custard upside down. Colloquially referred to as “concrete,” the custard will not leave the cub.

The ultimate rival of BYU’s ice cream, Aggie Ice Cream does put up a good fight. Although they fall behind in number of flavors, they make up for this in competitive quality.