The 10 Best Shopping Malls and Outlets in Utah! 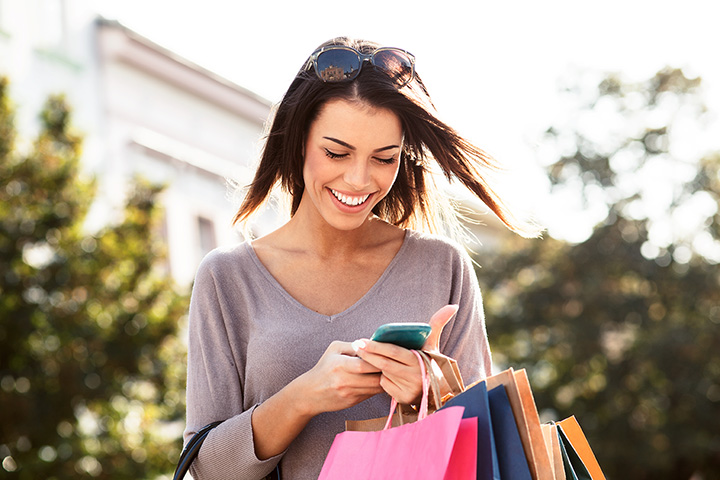 When you’re done hiking in the mountains or finished on the slopes, the shopping options in Utah await. Whether you’re treating yourself to a new pair of shoes or you need something special for your birthday celebration, the awesome shopping malls and outlets of Utah are the perfect place for some retail therapy. Here are the 10 best!

City Creek Center could be the mall of all malls. A new but defining feature of Utah’s capital, City Creek adds a level of impressive sophistication to downtown Salt Lake City, which has now become the state’s premier spot for shopping and entertainment. With a kid-friendly splash pad, a large and varied food court, a selection of fine-dining restaurants, and the state’s most extensive array of stores and boutiques, City Creek is sure to keep you entertained—and on your feet—for hours.

Sometimes referred to as Utah’s “dust bowl,” the city of Lehi has experienced an invigorating renaissance in recent years, partly due to an influx of start-ups and tech companies that now call the area home, but also because of the Outlets at Traverse Mountain, which attract shoppers from across the state. And as great as the shopping is at the Traverse Mountain Outlets, the food is equally awesome. At Traverse, causal, fast, and fresh dining is king—you’ll find everything from hip ramen joints to simple Mexican.

Fashion Place in Murray is another great option. It’s more of a traditional shopping mall, equipped with nearly all of the same stores as a place like City Creek. In fact, some of its stores (Crate & Barrel, Urban Outfitters, Zara, etc.) only have one location in Utah.

The Shops at Riverwoods, Provo, UT

The Shops at Riverwoods are unique for three reasons: they are outdoor shops, they are located near the base of the majestic Mount Timpanogos, and they are mostly comprised of one-of-a-kind stores, including boutiques, antique shops, and specialty toy stores. Riverwoods is also well known for its restaurants, in addition to the host of community-oriented events it organizes each year.

The Tanger Outlets at Park City have long been one of Utah’s most popular shopping destinations. Due to the arrival of the Traverse Mountain Outlets, the Tanger Outlets are refreshingly less crowded, making them in some ways even more appealing than when they first opened. And if you get tired of shopping, all of Park City’s world class outdoor and dining opportunities are only five minutes away.

Touted as Northern Utah’s premier shopping, dining, and entertainment venue, Station Park has built up a fantastic reputation in recent years, and its selection of restaurants and shops make it solid competition for Salt Lake City’s City Creek. Station Park boasts of a Lululemon, a Nordstrom Rack, a Nike Factory Store, a Lush, a LOFT, and a brand new Harmon’s grocery store.

It’s difficult to say if Trolley Square could be called a “shopping mall.” And if it is, it certainly doesn’t feel like a stereotypical one. But all things considered, that’s part of Trolley Square’s inherent appeal: you don’t really know what it is, but you love shopping there just the same. At Trolley Square, you can get your groceries at Whole Foods, and then hop over to Cabin Fever to pick up a funny birthday gift. Then, you can go to Pottery Barn or Williams Sonoma to furnish your new home. You won’t find most of the ubiquitous chain stores at Trolley Square, however, which is (again) one of its distinguishing features.

If you find yourself in St. George, it’s likely you’re in the area to check out some of Southern Utah’s world renowned national parks. If you need a break from the red rock and hiking shoes, St. George is a charming town where you can enjoy the many conveniences of modern civilization (aka, air conditioning). If your feet aren’t tired enough, you can also check out the Shoppes at Zion for some shopping and an energy boosting Starbucks run.

Another one of the Salt Lake Valley’s most popular shopping destinations, the Shops at South Town aren’t located too far from City Creek or Fashion Place, but are nevertheless home to some stores that you can’t find anywhere else in the state. The mall is very family-oriented, and features an “interactive gaming wall” for children, and even hosts “Kids Club” activities on the third Thursday of each month.