The 10 Best Places for Pancakes in Utah! 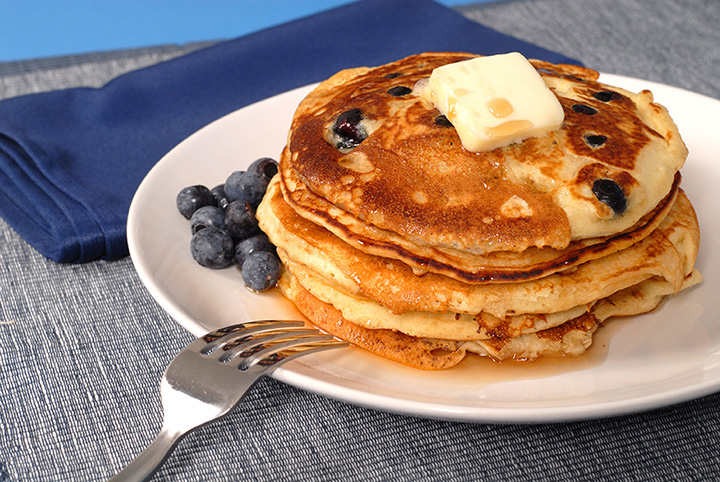 Pancakes reign supreme in the world of breakfast options. Whether you like a traditional buttermilk variety or you’d like a late-night option covered in chocolate chips, this dynamic sweet cake is on full display at the great eateries of Utah. Here are the 10 best places for pancakes in the state!

Located up Big Cottonwood Canyon near Brighton Ski Resort, Silver Fork Lodge (which was established in the late 1940s) is famous for its sourdough cakes—pancakes made with a sourdough starter that is over 50 years-old. If these tangy pancakes don’t pique your interest, Silver Fork Lodge also sells buckwheat and buttermilk cakes. All pancakes can be topped with blueberries, blackberries, strawberries, chopped nuts, whipped cream, and/or chocolate chips upon request.

While not as homey as the rustic Silver Fork Lodge, Communal—as its name suggests—is a popular, cozy gathering place in downtown Provo. Mostly hailed as a great spot for dinner, the restaurant’s delicious (and affordable) Saturday brunch menu often goes unnoticed. Of all people, pancake lovers cannot afford to miss this place—their bruléed banana buttermilk pancakes are a great way to start any Saturday.

Another community gathering spot, Salt Lake’s Eggs in the City is first and foremost known for its simple and straightforward breakfast options. And while you can order classic pancakes at Eggs in the City, the cinnamon swirl pancakes (an enticing cinnamon roll meets pancake mix) are hard to turn down. This menu item gives you an excuse to top your pancakes with caramel drizzle and cream cheese icing.

Joe’s Café in Orem is a breath of fresh air amidst bigger businesses. This is legitimately food cooked with soul. At Joe’s, you can order a short stack or tall stack of pancakes. You can also order the pancake combo, which is a tall stack served with two eggs and bacon or sausage.

When Salt Lake City residents think of pancakes, they likely think of the Original Pancake House, which has three locations in Salt Lake Valley (Midvale, Sugarhouse, Sandy), plus a billion pancake options, ranging from classic buttermilk pancakes to seasonal pumpkin pancakes. The Original Pancake House has been a Utah staple for as long as most Utahans can remember, because even though it technically started in Portland, it has been adopted as the quintessential Utah spot for pancakes.

For its status as a hole-in-the-wall, undercover breakfast and lunch joint, Lazy Day Café has a surprisingly loyal following. This is in part due to the cafés lemon pancakes—the only pancake-based item on the menu. These lemon pancakes are served with buttermilk syrup and seem to keep pancake lovers satisfied enough to forget about other, more traditional pancake options.

Over the Counter Café has a friendly, neighborhood atmosphere, plus everything you would expect from a classic breakfast spot. Everything, that is, with a modern twist. Its pancakes—simple and traditional—are one of the most popular menus items. Pancake combos (featuring either buttermilk, blueberry, or chocolate chip pancakes) come with two pancakes, two eggs, and two pieces of bacon or sausage and home fries.

Visit Magleby’s Fresh on a Saturday morning and you’ll see that the neighborhood restaurant’s breakfast food seems to motivate everyone out of bed, from families to college students and elderly couples. Best known for its state-famous chocolate cake, the restaurant is also known for its all-you-can-eat buttermilk pancakes and French toast on Saturday mornings—both of which come with as much buttermilk syrup as your heart desires.

Guru’s Café is a hip, bustling restaurant on Center Street in Provo. One of the first Provo establishments to prioritize super fresh ingredients and super foods, the café has enjoyed a strong reputation since it first opened in the early 2000s. Its breakfast menu is varied and eccentric and features what the restaurant calls “Blue Cakes,” which are essentially blueberry pancakes served with a sweet blueberry syrup.

Five5eeds is the epitome of a quaint, hipster restaurant that fits well into Park City’s upbeat culinary landscape. All of the restaurant’s breakfast menu items sound like art pieces, such as “smashed avo on toast” along with ethnically interesting items like shakshouka. Five5eed’s pancakes are described as “hotcakes with mixed berries, lemon-infused mascarpone, nuts and seeds.” These, the café insists, are best accompanied by their signature Australian coffee.