The 8 Best Places for Mac and Cheese in Utah! 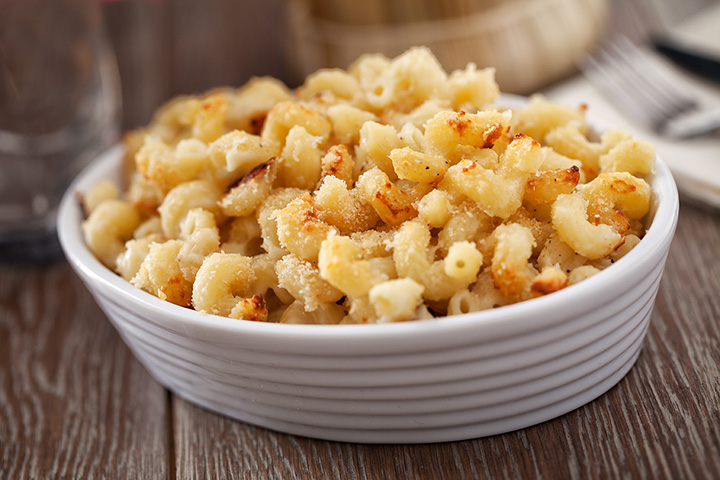 A rustic, soda-pop loving restaurant in downtown Provo, Station 22 Café serves up a ton of southern-inspired favorites. One of the restaurant’s most famous is the “Grown-Up Mac and Cheese” which features a combination of cheddar, Monterey jack, and asiago cheeses. And if you’re feeling extra fancy, you can even add pulled pork to your mac.

Cubby’s has taken Utah by storm with its “famous Chicago beef” and flawlessly dressed salads. And while it’s technically a side, the restaurant’s mac and cheese comes in three sizes and features a considerable helping of macaroni with melted cheddar and gouda. All of this is then topped with crispy, homemade bread crumbs.

Yes, the mac and cheese at Even Stevens is definitely a side dish. It is also an incredibly overlooked side dish. But what better to go with your sandwich and side salad than a ramekin of creamy, bacon and tomato-topped mac and cheese?

A dining staple in southern Utah, George’s Corner Restaurant has a massive menu. And unbeknownst to many, its mac and cheese is hidden amongst plenty of other tempting sides. Some describe this mac and cheese as the mac and cheese of their dreams.

Salt Lake City’s Eva’s Bakery is famous for its blue, French-inspired exterior and baked goods. The restaurant’s lunch menu, however, features a carbonara mac and cheese that should be a staple for all Salt Lake City residents.

180 Tacos is not your average taco shop. Case in point: they sell mac and cheese. But this is not just any mac and cheese. This is chimichurri mac and cheese: a crunchy and delightfully flavorful concoction that mixes South American flavors with a traditional American dish.

Mac and cheese is always a good accompaniment to barbeque. D.U.B.’s BBQ has banked on this premise, serving mac and cheese as a side to its famous barbecue. This mac and cheese isn’t nearly as gourmet as the other options on this list, but if you’re looking for something reminiscent of the mac and cheese you likely ate as a kid, this is your place.