The 9 Best Places for Fried Chicken in Utah! 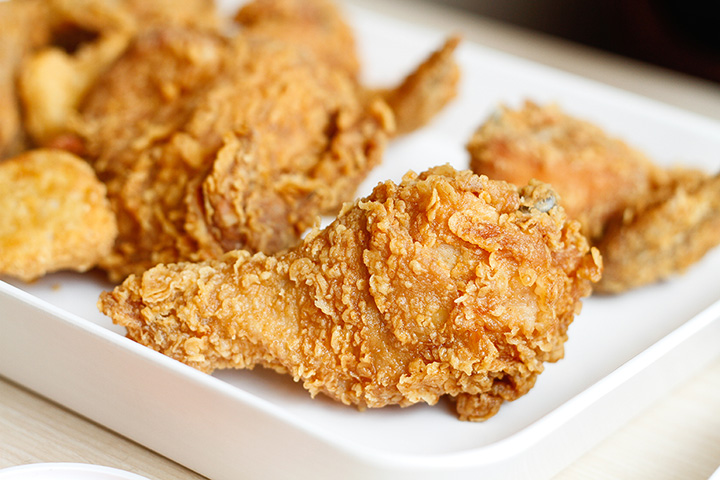 At Station 22, soda and fried chicken are king. Serving Southern-inspired dishes with modern flair, the restaurant delivers what could be called upgraded comfort food. Their “Sage-Fried Chicken & Waffles” is surely mouthwatering. Featuring fried chicken over a sugar waffle, which is then topped with candied bacon, maple-walnut butter, and fried sage, the dish will leave you reconsidering how fried chicken was meant to be prepared all along.

This Salt Lake City restaurant specializes in “American cuisine,” though don’t expect anything too casual when you come to dine here. Case in point: their delicious fried chicken dinner entrée is paired with “26 curry spiced lentils” and a “fava bean puree.” But don’t let that combination scare you—this is simply a deliciously gourmet take on an American classic.

When looking for fried chicken, you don’t necessarily expect Southeast Asian flavors. At Curry Fried Chicken in Salt Lake City, the concept of American fried chicken is basically turned on its head. If you want something exotic with an incredible, thick and crispy fry, this place is for you.

Fried chicken from a gas station? Trust us, it’s delicious. Kevin’s Fried Chicken is more than worth a visit. Inexpensive fried chicken that arguably ranks as Utah’s best. The portions are large and the satisfaction palpable.

Purgatory is crowded. Purgatory in Salt Lake City, that is. And while usually it’s the creative mixed drinks that keep people coming back, any visitor would be missing out if they didn’t try the fried chicken toast. Featuring a “shiso crema,” pickles, herbs, and hot sauce, this dish takes fried chicken to a whole new and unexpected level.

Ask any Utahan who is vaguely familiar with the north end of the state and odds are they’ll know Maddox. Maddox is an establishment that hasn’t wavered in popularity for decades. Unsurprisingly, their fried chicken is a state-wide hit. Accented by a never-ending supply of soft rolls, corn bread, and raspberry butter, an evening at Maddox will please the whole family.

Boasting a clean yet rustic interior (something akin to farmhouse Zen), Tradition would inevitably make a mean fried chicken. And here, you can go ultra-traditional (think fried chicken with grits and collard greens) or explore the fried chicken possibilities with a “crispy confit fried chicken” with a “thai basil slaw.” Either way, you’re in for a treat.

Meier’s is all about tender, crispy chicken only made better by sides of macaroni salad, potato salad, coleslaw, and baked beans. The roll is the cherry on top. And if you’re craving more, the joint’s decadent brownies will really do you in.

Park City has its roots in the Old West. Purple Sage capitalizes on the city’s heritage with its old-timey yet refined atmosphere. The restaurant’s fried chicken is also a reflection of this heritage. Called the “Chicken Fried Chicken,” this dish features a fried boneless chicken breast which is then topped with a “chicken chorizo country gravy.” But that’s not all—Dutch oven potatoes and green beans are served on the side.