The 10 Best Festivals in Utah! 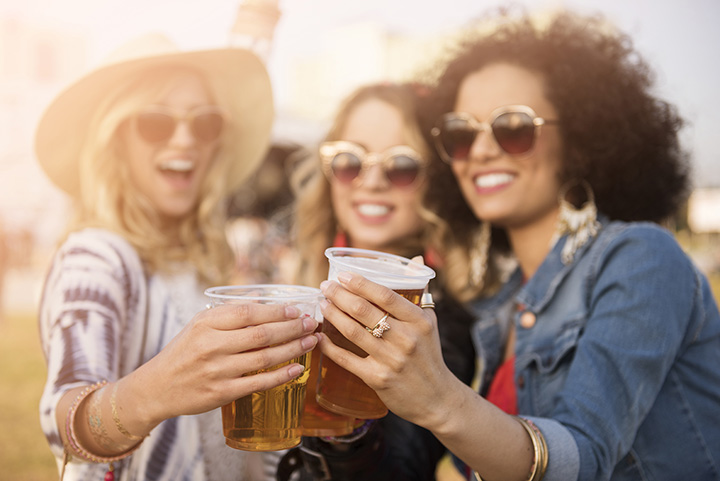 Festival culture is alive and well in Utah, bringing together communities every year. Whenever you’re in the Beehive State, there’s surely a festival to add excitement to your visit. From arguably the biggest film festival in America, to some of the most colorful arts festival you’ll find, Utah will surely entertain. Here are the 10 best.

An annual tradition in the charming town of Midway, Utah, the Midway Swiss Days Festival celebrates the area’s cultural heritage with a parade, plenty of craft booths, delicious food, and even a 10K race. There’s something for everyone at Swiss Days, including a fitting quantity of lederhosen.

Another festival in celebration of European tradition, the Christkindlmarkt is a traditional German Christmas market smack-dab in the middle of the American West. The festival—which takes place at This is the Place Heritage Park—has plenty of holiday spirit to offer and lists its mission as celebrating the service of giving to others.

Similar to the Utah State Fair, Orem Summerfest boasts all the trappings of a cinematic fair experience on a smaller scale. Classic fair rides, arcade games, and funnel cake considered, this festival is an obvious favorite for families and lovebirds alike.

Taking place the week of Independence Day, America’s Freedom Festival attracts Utahans from across the state not only for its elaborate Fourth of July parade, but also for its hot air balloon festival and its famed firework show called the “Stadium of Fire” which takes place in Brigham Young University’s football stadium and has showcased the talents of many famous musicians, including Carrie Underwood, Miley Cyrus, and Kelly Clarkson.

Arguably Utah’s most prominent festival, the Sundance Film Festival is a favorite of film buffs from around the world. Founded by Robert Redford, the festival is a great time to catch a new indie flick, but also fantastic breeding ground for a bunch of high-profile celebrity sightings.

The Utah Arts Festival takes place every summer in Salt Lake City and celebrates all facets of the arts. Music and drama performances are available for viewing, as well as plenty of visual arts exhibitions, poetry readings, and film screenings. If your kids get a little restless, humor them with the festival’s face-painting and craft booths.

Utah is home to a large population of crafters, and so it makes sense the state would have an entire festival dedicated to the art of “crafting.” Of course, the definition of crafting changes from person to person, and Craft Lake City celebrates the inherent diversity of home-grown creativity.

Another of Utah’s most famous festivals, the Shakespeare Festival in Cedar City is not only a superb event for those craving some forbidden romance and old English, but also an easy Segway into the majesty of Southern Utah’s red rock vistas.

Celebrating one of Utah’s lesser known pastimes, the Soldier Hollow Classic Sheepdog Championship and Festival is an unexpectedly entertaining outing for people of all ages and even those who profess to dislike man’s best friend.

9:00 AM
Ogden Union Station, Ogden, UT
Learn More
Show More
Select a Utah town to find
the Best Things-To-Do and Places To Go around you