The 9 Best Comedy Clubs in Utah! 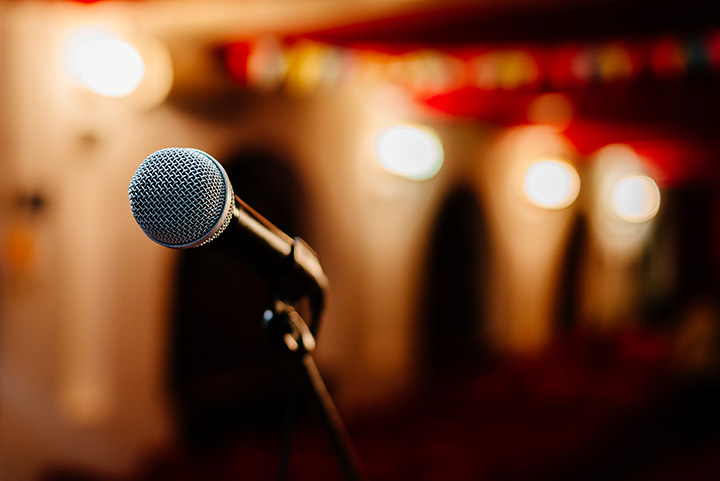 Many would agree that laughter is the best medicine. Others say the more you laugh, the longer you live. Either way, most of us could probably use more laughter in our lives. Fortunately for residents and visitors to Utah, comedy clubs abound! Spark the giggles with an evening at one of the following nine comedy clubs in Utah.

Featuring traveling comedians who are touring the country, this is probably Utah’s most prestigious comedy. Reserved for those of 21 years and older, the comedy is more mature but never too wild.

Quick Wits Comedy is not traditional stand-up. In fact, if you go to a show, be prepared to participate. Quick Wits is actually an improvisational comedy troupe that uses audience suggestions to help them come up with comedy on the spot. The show takes the form a battle, which generates energy from the laughter of the crowd. While there is definitely some PG-13 humor, there shouldn’t be a worry about growing too offended.

Focused on delivering clean comedy to a largely religious conservative Utah population, The Improvables is a live, family-friendly improv comedy group that performs at Bountiful Davis Art Center. Even though the comedy is clean, it is far from predictable.

A family favorite event theater located just adjacent to Bear Lake, The Pickleville Playhouse offers comedy workshops as well as shows. That said, the type of show varies at Pickleville, meaning some nights, it isn’t comedy at all! Luckily, their schedule is always updated to show you what’s coming next.

Typically known using the acronym OTC, the Off the Cuff Comedy Improvisation group is incredibly popular. In fact, some travel to Cedar City just to see them perform. Inexpensive and always creative comedy, this is a club that never disappoints.

Offering simple, reliable comedy for 20 years, Laughing Stock is great for date night, an evening with friends, or a family activity. Unfortunately for other comedy groups in Utah, it’s hard to compete with this well-established comedy group that appeals to diverse audiences.

A new comedy club in Provo, Dry Bar Comedy is exactly what you think it is: Comedy without alcohol. If this sounds like less fun, this club argues that being sober allows you to better enjoy the comedy you are consuming. Featuring different touring comedians, this club is quickly rising in popularity.

With shows, classes, and a podcast, Improv Broadway in Provo adds to the growing list of comedy clubs in this medium-sized, creative college town. Most of the comedians are young and tickets are only $5.

If you find yourself as a tourist in Park City, comedy may be slightly hard to come by. Luckily, Park City’s famous Egyptian Theatre hosts a substantial amount of regular comedy shows. Though sometimes you have to buy your tickets well in advance, you may also chance by a comedy show on one of the nights you are visiting the city.

View more Utah Comedy Clubs.
Select a Utah town to find
the Best Things-To-Do and Places To Go around you