The 9 Best Cocktail Bars in Utah! 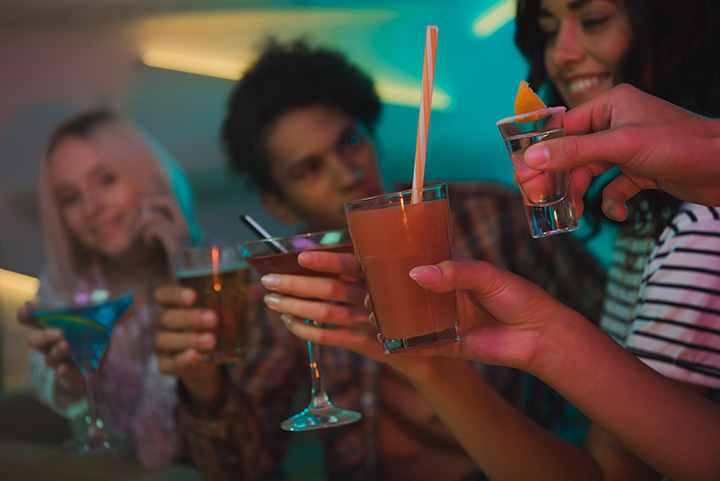 From Salt Lake City to Park City, Utah is home to some special and unique cocktail bars. Cocktail bars usually provide a lounge-like, laid-back atmosphere with expertly-crafted drinks. The mixologists of Utah’s cocktail bars are sure to impress. Here are the 9 best cocktail bars in the state.

Reportedly serving the best martinis around, the Red Door is known for its mind-boggling array of drinks. The only problem? You’ll probably find yourself coming back here often so that you can try each one on their menu! If so, you’ll definitely benefit from the bar’s relaxing, cool ambience.

With its emerald green booths and old-fashioned atmosphere, Whiskey Street has an impressive drink selection that includes both cocktails and beer. Before Salt Lake Main Street was named Main Street, it was nicknamed “Whiskey Street” by one of the state’s most prominent historical figures, Brigham Young. Evidently, Whiskey Street decided it would capitalize on the city’s unique heritage and relationship with alcohol.

Located in the heart of downtown Park City, O.P. Rockwell Cocktail Lounge and Music Hall has all of the old-western vibes you’d expect from a cocktail bar in such a historic location. Named after the Utah famous Orrin Porter Rockwell, the bar also holds shows and is available for private events.

Brewvies is Utah’s premier “cinema pub.” In other words, at Brewvies, you can eat awesome food, watch a movie, and sip on drinks all at the same time. Because it’s so popular, it’s best to order your tickets ahead of time.

The Tap Room is so undercover, it hardly has a website. This gem of a neighborhood bar is an awesome place where locals hang out on the regular. One of the bar’s best features is its charming patio, where you can enjoy your drinks and interact with the bar’s eclectic community.

Under Current looks like something from a Pinterest board. This place is immaculate. Located in downtown Salt Lake City, the bar describes itself as an “upscale casual downtown neighborhood bar.” Serving 59 craft cocktails (in addition to a spirit collection, small bites, and oysters), this place (and its drinks) is something out of a movie.

Serving contemporary Spanish cuisine, Finca is a very popular Salt Lake City restaurant. Its food delivers on so many levels, it’s hard to keep track. But that doesn’t mean you should forget its fantastic bar. Where else in Utah can you get delicious Spanish tapas and creative, mixed drinks?

This dive bar manages to attract an incredibly wide range of people. In the late afternoon and early evening you’ll find the bar with an older crowd, but by the time 9 p.m. rolls around, the bar has transformed into a 20-something, hipster joint. Curious? You’ll have to check it out yourself.

One of the few cocktail bars outside of Salt Lake City, Alleged includes two interior floors (including one that is reserved for dancing) and an incredible rooftop bar with lovely views of the surrounding area.