The 10 Best Places for BIG Food in Utah! 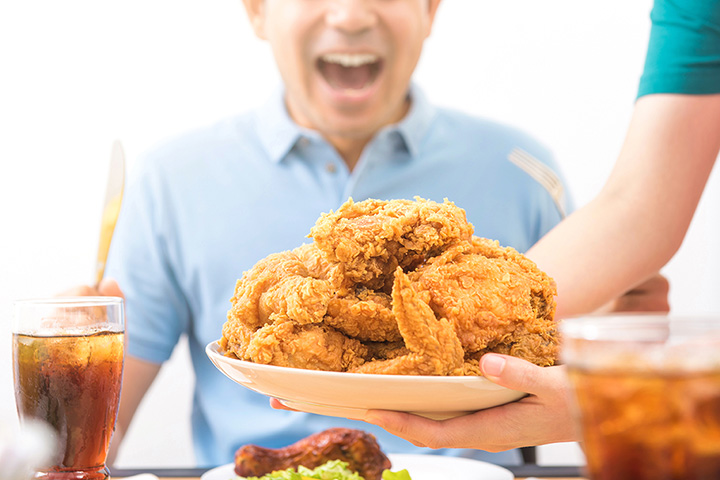 There’s something rewarding about clearing your plate, but the real question is whether or not you actually can. The following restaurants in Utah serve up some seriously big eats, and they are all begging you to take on the challenge of stuffing yourself till you’re so full that you could burst. Here are our favorites.

The Sensuous Sandwich has a rich history in the Provo-Orem area, and not only because of its delicious subs, but because of its two-foot long sub eating challenge. If you can eat a two-foot sub of your choice in under 30 minutes, you’ll earn yourself a t-shirt and officially join the “24 Inchers Club.” Anytime you wear the t-shirt on subsequent visits to the Sensuous Sandwich, you have free, unlimited access to fountain drinks. And if you manage to beat the current record of one minute and 37 seconds, your sandwich is free.

The Brick Oven “Team Pizza Challenge” is not for the faint of heart, unless a 29-inch pizza weighing in at 12 pounds doesn’t sound like a big deal to you. For $50, you and a partner can attempt to conquer this beast of a pizza in under one hour. If you do, you’ll get free t-shirts, a picture on the “Wall of Fame” and two $25 gift cards, though your pizza won’t be discounted. The challenge is available at all Brick Oven locations (Provo, South Jordan, and St. George).

Anything you want to eat, Angie’s probably sells it. And that’s why the restaurant needs someone to clean its “kitchen sink” from time to time. Confused? Angie’s massive banana split challenge is known as the “kitchen sink,” probably because its served in an actual kitchen sink. If you manage to “clean the sink,” you’ll receive a free bumper sticker proclaiming to the world that you were able to down this enormous, creamy concoction, consisting of over half a gallon of ice cream, two whole bananas, and three toppings of your choice. All of this is then covered in whipped cream and topped with chopped nuts and a maraschino cherry.

The Lucky 13 Challenge sounds (and looks) more or less like a delicious nightmare. To prove you can rise to the occasion, you’ll have to eat two hamburgers (each featuring 28 ounces of beef). One burger is topped with roasted habaneros, jalapenos, and a habanero puree, and the other burger is on the milder side. If you eat both burgers in under an hour, the meal is on the house and you’ll be paid $200. If you beat the current record (12 minutes), you’ll walk away with a free meal and $1,000.

Brassas is one of the most popular Mexican joints in Provo, but it isn’t often that someone orders the “Monster.” This specialty burrito features steak, chicken, potatoes, rice, beans, lettuce, and pico. And while there isn’t a challenge tied to the giant burrito, it does attract daring eaters.

The Blue Iguana gives a bit more incentive to eaters of its very own gargantuan burrito, though the odds of you enjoying a free dessert after eating 3.5 pounds of beef, chicken, chile verde, rice, and beans are slim. In this case, you’ll probably want to invite your friends so that they can enjoy the dessert for you.

The challenge at No Frills Dinner in Ogden is a bit milder, though definitely not for someone who isn’t absolutely starving. In 20 minutes, you must consume a 12-egg omelet with onions, peppers, sausage, bacon, ham, mushrooms, tomatoes, jalapenos, and cheddar cheese, along with a side of hash browns, a pancake, and a drink. If you succeed, you’ll win a t-shirt, and your $20 meal will be on the house.

For $18.99, you can attempt to eat the “Deuce” burger at the Burger Stop in Layton. Featuring a two-pound patty, two strips of bacon, three slices of cheddar cheese, lettuce, tomato, ketchup, and mayo, this burger is a doozy. If you’re able to eat it within 30 minutes, you’ll get a free t-shirt to prove that you came and conquered.

Five Star BBQ’s eating challenge isn’t well known, and that’s because you can only attempt the “Five Pound Show Me What You Got Throw Down” by appointment. If you can eat five pounds of brisket (plus two large sides and two pieces of bread) in under 55 minutes, your meal will be free, you’ll receive a free t-shirt, and your name will be featured on the wall of the restaurant.